With the Enphase IQ™ microinverter system, each solar panel has its own microinverter. This has some significant benefits over traditional inverter systems, where all the power from your solar panels runs through a single, central inverter.
‍
The Enphase microinverter system eliminates high voltage DC power running through your roof space. But the biggest benefit is with shading. With a central inverter, shaded panels will compromise the power output of the whole array. With the Enphase microinverter system, maximum power production from the other modules will continue. This means more power savings for you.
‍
The Enphase Envoy communication system also automatically alerts you and your installer of any changes in system performance. And thanks to Enphase’s smart microchip technology, most issues can be fixed remotely. Problems, however, are rare because Enphase is built and tested for Australia’s harsh conditions.
‍
Enphase back their quality obsession with a 10-year warranty as standard, with options to extend coverage to 25 years. Plus, when you choose NRG Solar to install your Enphase system, you get the benefits of working with an Enphase Gold Premium Installer without paying a penny extra.

safe, smart and tough microinverters for residential and commercial applications 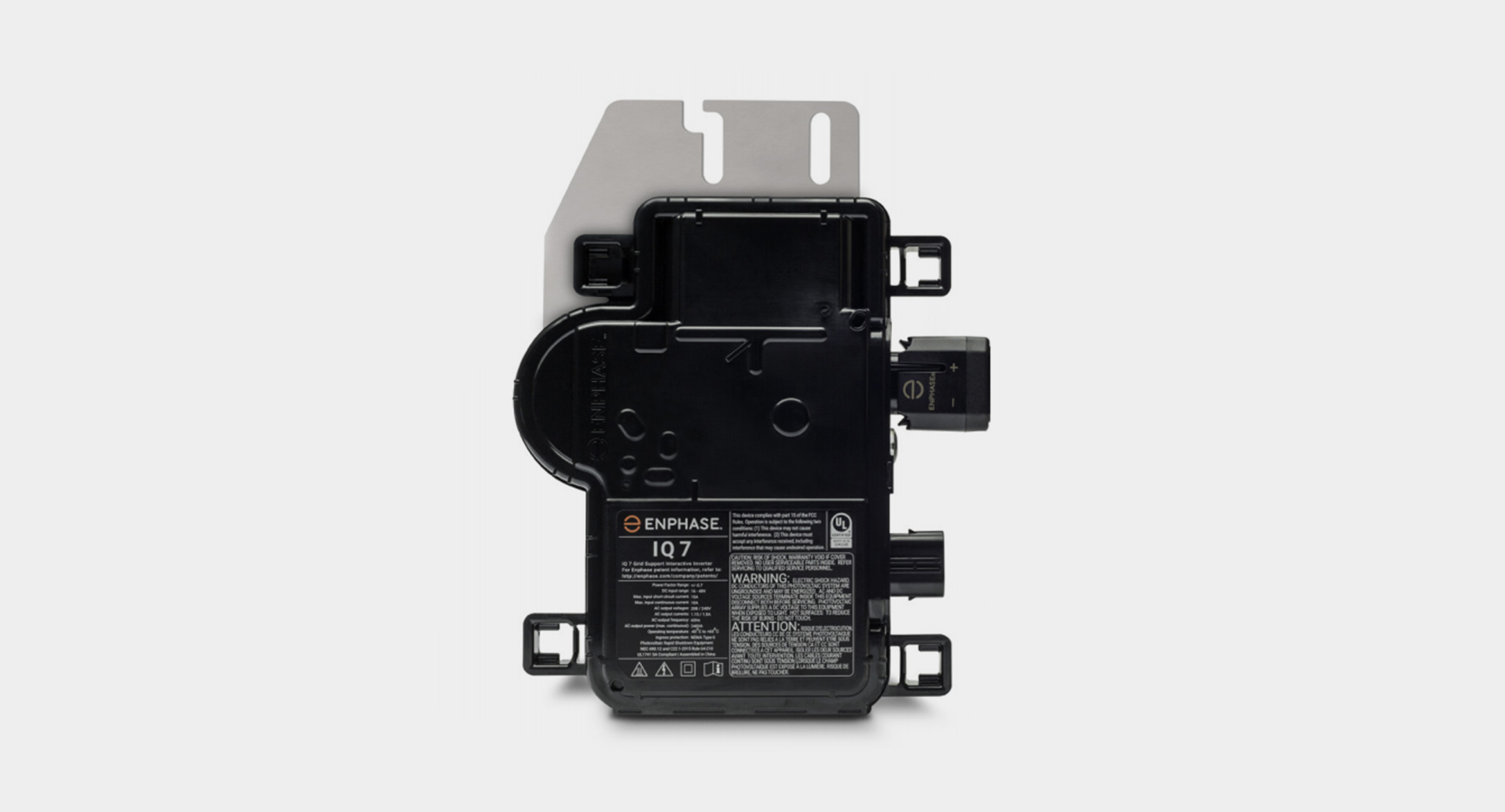 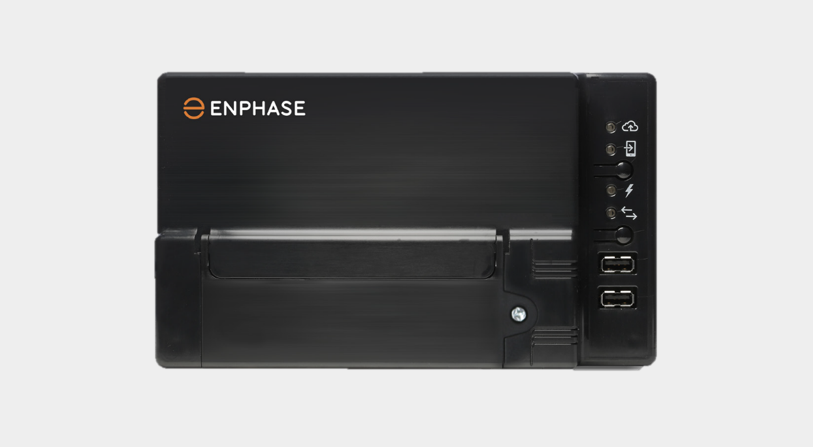 The Enphase Envoy communication gateway automatically alerts you and NRG Solar’s tech support team of any changes in system performance. Thanks to Enphase’s extreme weather design and smart microchip technology, issues are rare and most can be fixed by us remotely.

You're in control of your energy needs

Over 1 million hours of environmental testing

ONE OF THE LONGEST INVERTER WARRANTIES

No single point of failure

We are an Enphase Silver Premium Installer

As an Enphase Silver Premium Installer, we have a long track record of installing Enphase products and delivering exceptional customer service.

Headquartered in Adelaide and family owned 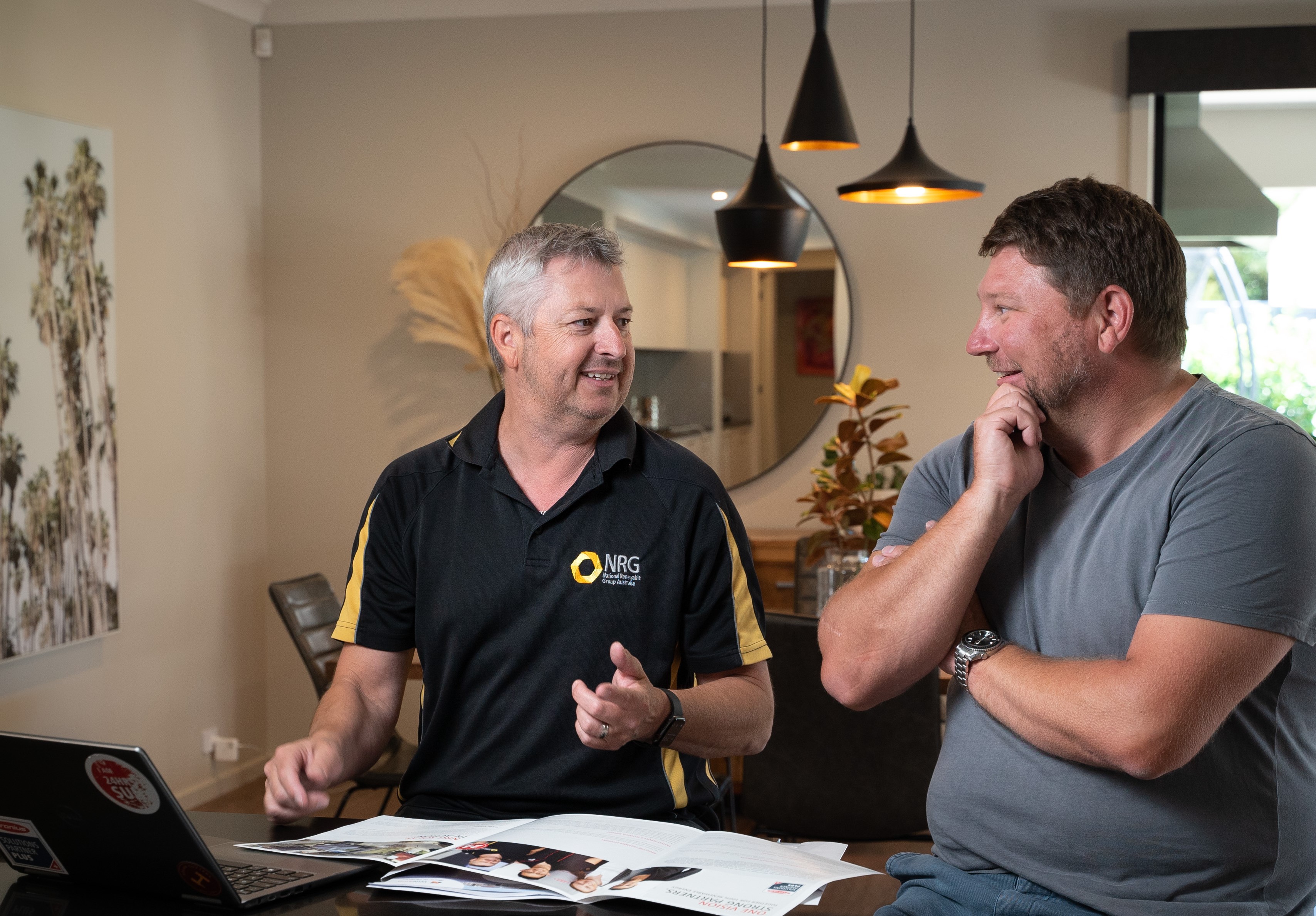 Ready to find out more?

Book a free on-site consultation with an NRG Solar expert.

book a convenient time for you

Why do we recommend the enphase microinverter system?

Unlike traditional DC solar power inverters, the Enphase IQ microinverter system provides a complete AC solution that uses no high-voltage DC. Instead, DC power from each solar panel is immediately inverted to AC power. This eliminates the danger of high voltage DC power running through your roof space.
‍
Other advantages of Enphase microinverter technology include more flexibility in system design, per-panel-level monitoring, and increased power production. If a panel or Enphase microinverter stops working, the rest of your system will continue to function with minimal disruption.
‍
In the unlikely event something were to go wrong, the Enphase Envoy communication gateway would automatically inform us, your installer. And thanks to Enphase’s smart microchip technology, most issues can be fixed remotely. This minimises system downtime and translates into more power savings and higher returns for you.
‍
We also love that Enphase is built for tough Australian conditions, with more than one million hours of extreme environmental testing under their belt. It’s little wonder, then, that a CHOICE member survey found that Enphase inverter owners reported less disruptions than any other inverter brand.

Why choose NRG Solar as your Enphase installer?

Our solar journey is a little different to most installers. We started as a solar repair and servicing company. Over the years, we witnessed thousands of poor solar installs, including orphaned Enphase projects. Some of them were due to lazy or inexperienced installers. Others were negligent and dangerous. The outcomes were generally expensive and disappointing for the owner.
‍
Today, as well as repairing orphaned systems, we have grown into South Australia’s leader in solar system design and installation. When we install your system, it is with uncompromised care and quality. From our ‘no surprises’ quoting process, to our turnkey installation service, to our after-install support, we take pride in being South Australia’s solar leader.
‍
We are also proud to be an Enphase Silver Premium Installer. We earned Enphase’s premium recognition through our expertise working with Enphase products and delivering exceptional customer service. You get all the benefits of NRG’s premium service without paying a penny more.

what our customers have to say

NRG Solar installed this 17.68kW solar system for Bill and Maree from Medindie. The system consists of 52 Winaico 320W panels, each fitted with an Enphase IQ7 microinverter, topped off with Tesla Powerwall.

It was always going to be a tricky install, due to the roof access and differentiating roof pitches, but our installers were happy to take on the challenge.

Bill explained that, "the installation was complex and reasonably large. Jarrad and Alex, the installers, were efficient, smiling, and extremely competent. As planned it took a number of days to complete. We had also requested that they move our fuse board which created some unexpected challenges for them but they addressed these and everything was done neatly, on time, and very much to our satisfaction."

‍The inclusion of Enphase microinverters was determined to be the best solution for this home, as the varying roof pitches made it difficult for a string inverter to facilitate a system of sufficient size.

"We spent quite some time talking with a number of potential solar suppliers and installers trying to find a company who would do a good job but who would also not approach our job with a cookie-cutter “one size fits all” approach.

We chose NRG as we were really impressed with Michael’s considered approach and his patience in making sure we understood all our options and the pros and cons of each choice. He spent time with us and we felt that we received tailored expert advice with reasons for each suggestion and without pressure."

‍Bill and Maree’s bills before solar were approximately $2500 a quarter. Since installing with NRG Solar, their bills are sitting just under $200 a quarter.

"Our electricity bills have improved markedly, both from the solar input, but also from the understanding of our moment-to-moment use that we have gained from the various apps. This has helped us make decisions which have further reduced our usage, and hence cost.

Overall, we are very happy and would have no hesitation in recommending NRG to our friends." 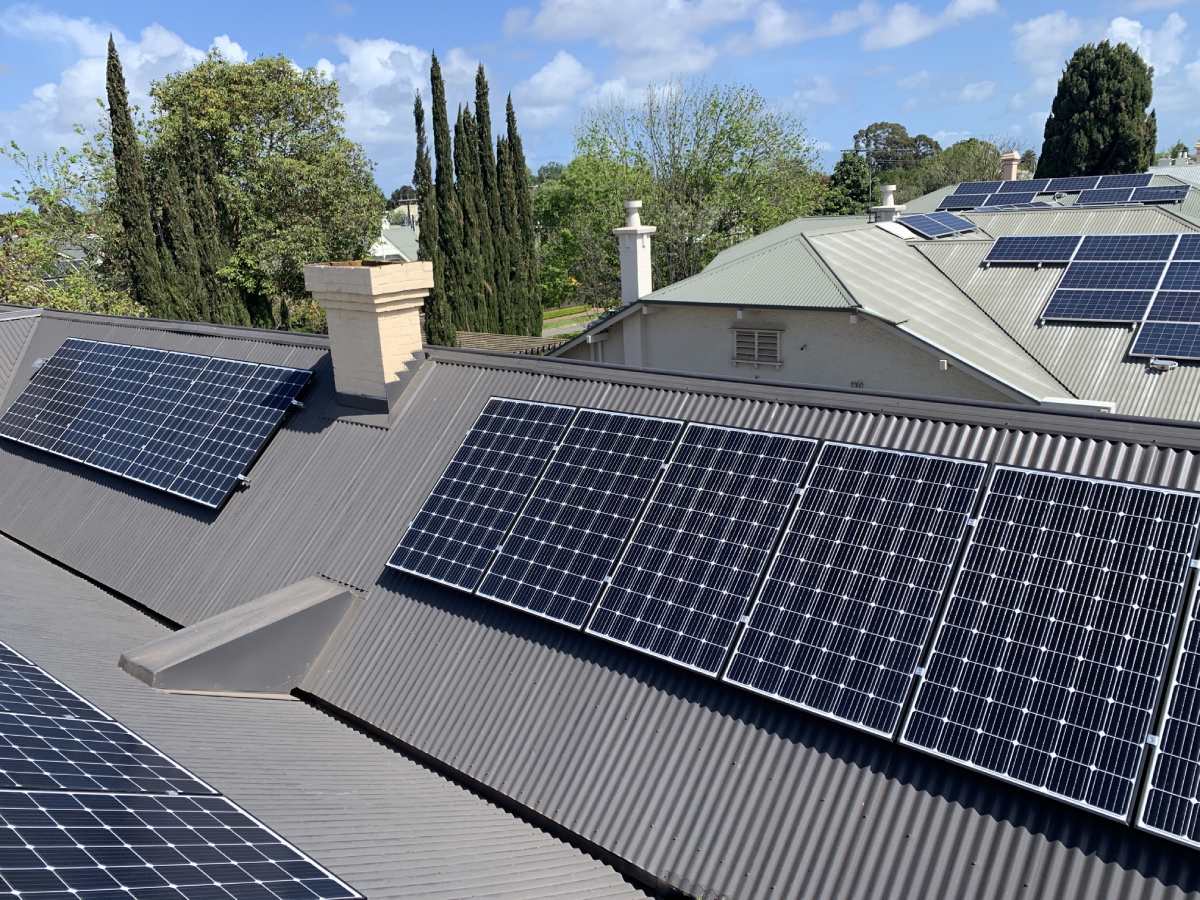 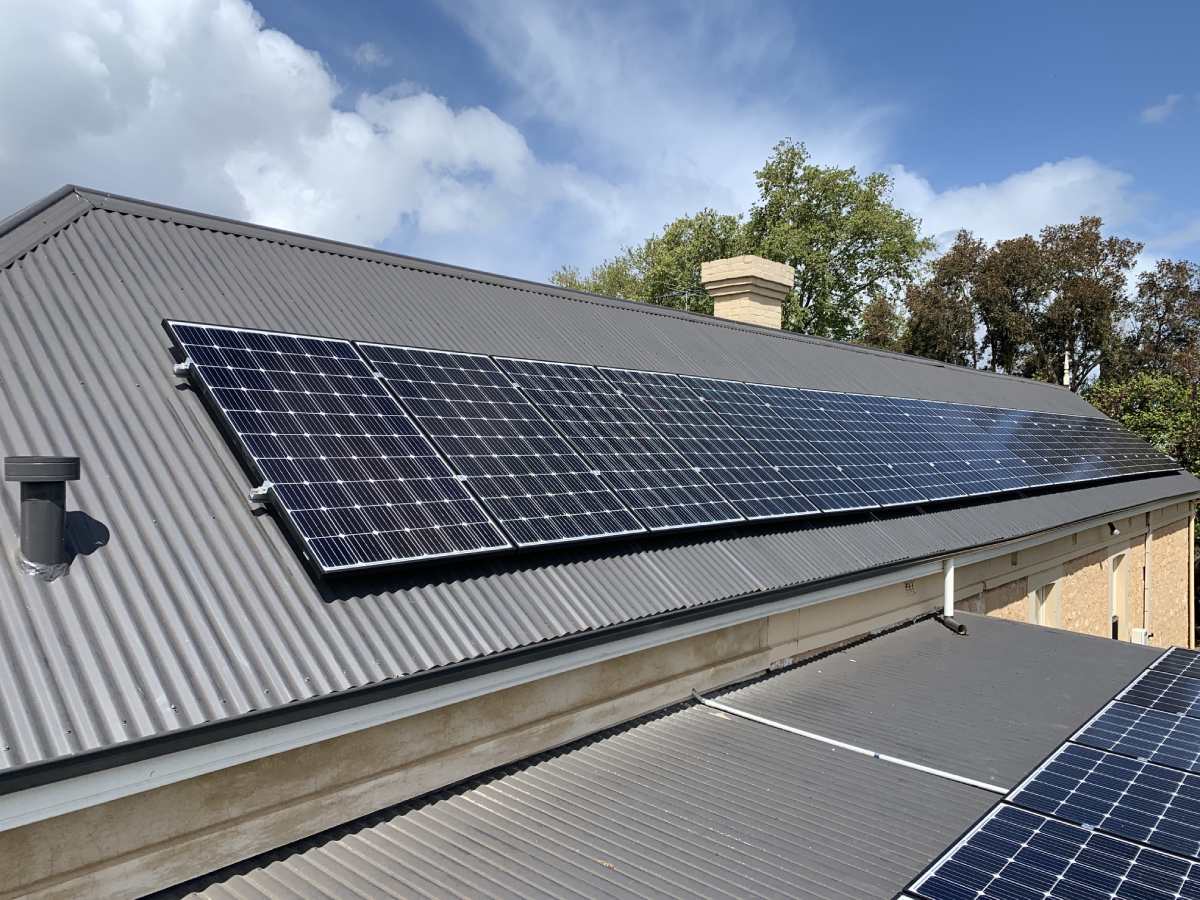 Get a free product tour demonstration

Visit our showroom in Richmond, South Australia - The experience shows you live product comparisons and understand what’s possible. Alternatively, we’re happy to come out to you.

BOOK A CONVENIENT TIME FOR YOU

Our Team
Blog
Request a Free quote
Contact Us